get in touch
Main Menu 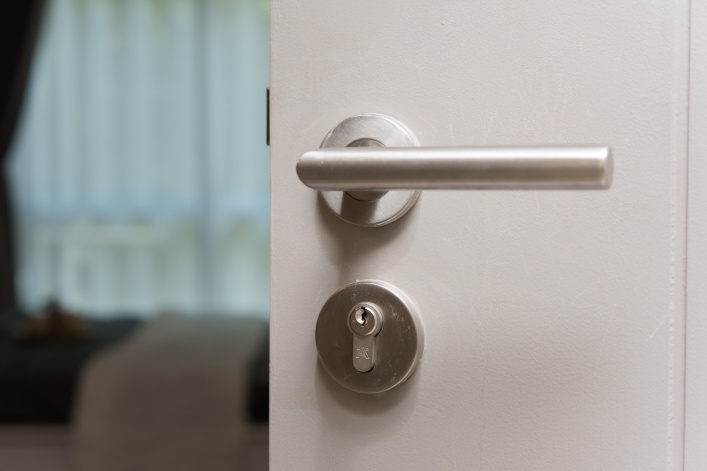 Doors are an integral feature in any residential building and from handles to hinges, locks to latches, the function each doorway is required to perform will govern the choice of ironmongery and door furniture that is needed.

Depending on their location, some doors may simply need to close and be held shut. Others will be required to lock securely. This includes external-facing doors, where security will be of paramount importance, but also internal doors, such as bathrooms and studies. In other scenarios, easy ingress and egress are more important.

For each door, there may be key building regulations that need to be complied with and also other issues to take into account, including the use of disability-friendly designs.

So, what are the choices when it comes to types of door locks and latches, and where are they best suited? Here, we’re going to demystify some of the key jargon, before exploring the different options that are available. 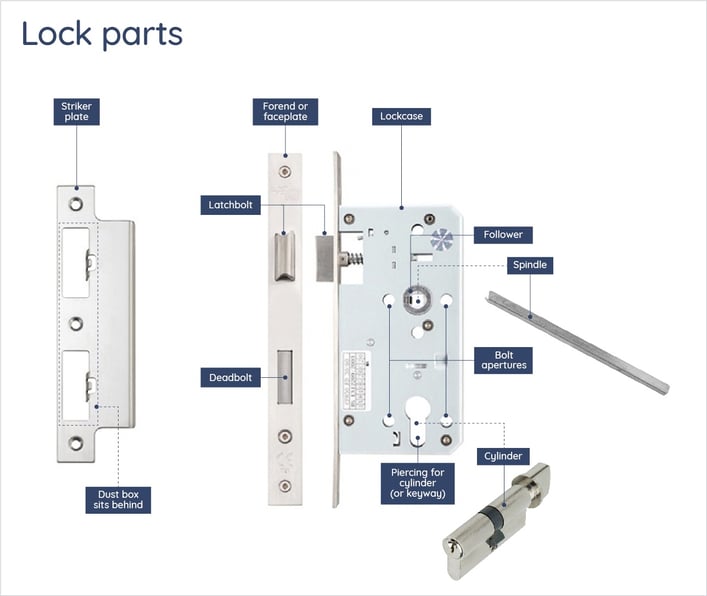 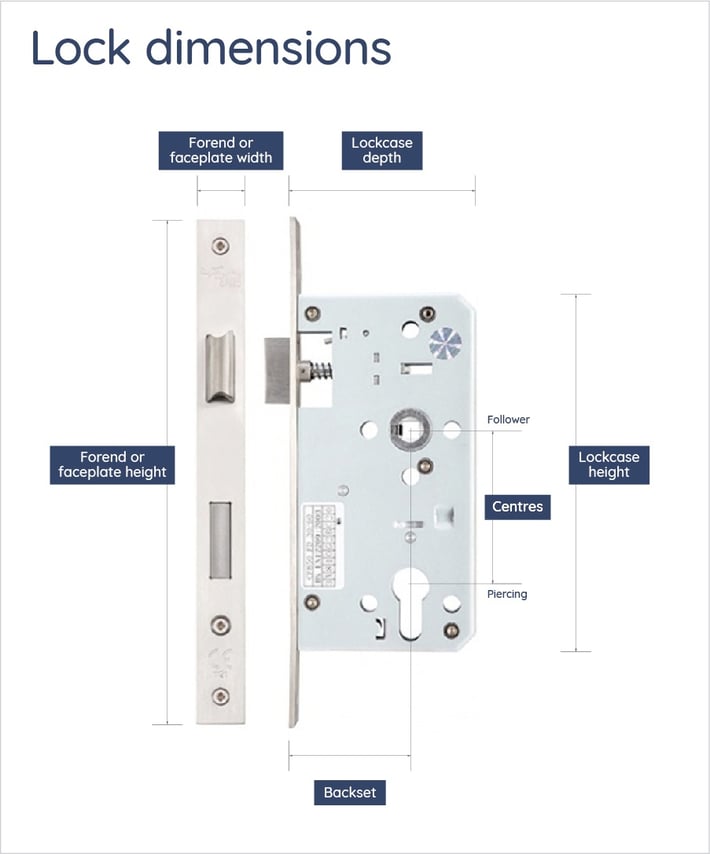 What is a latch?

A latch is a mechanism that can be used to hold a door shut. With a latch, a door can be shut without the need to turn a handle, but the handle must be used to open it.

What are the different types of latches?

Two of the most well-known types of latches are:

Mortice latch - A latch that is traditionally fitted inside the door stile (the vertical components on the outside edge of a door). These types of latch work with most types and styles of door furniture.

Rim latch - A surface mounted latch that sits on the back of the door and is typically found in much older properties. Specific rim door furniture will need to be specified for this type of latch.

Where are they commonly used?

Latches can be used on any door that does not need to be locked. For example, a dining room, living room, kitchen or larder. 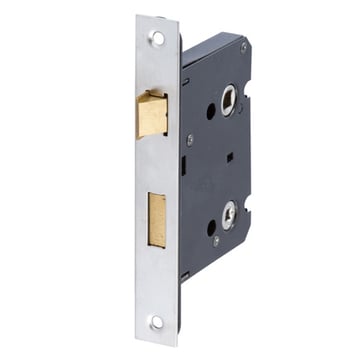 What are the different types of bathroom locks?

Bathrooms are one of the few rooms within a residential property that are always required to lock when in use. There are several different options for the opening, closing and locking of a bathroom door. They include:

Are there specific regulations for bathroom locks?

The same standards apply to bathroom locks, as to those used for doors on other rooms – the building hardware classification of mechanically operated locks, latches and locking plates (BS EN 122209)

What is a deadlock?

A deadlock is simply a lock within a casing that does not have a latch. The lock can either be opened by a key or euro/oval cylinder.

Deadlocks are best applied in scenarios where a door needs to be kept locked all the time. For example, a broom cupboard or outbuilding. 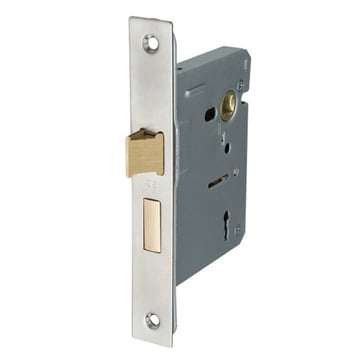 What is a sashlock?

A sashlock combines a latch and a lock within one casing. The latch element holds the door in place, while the deadlock element can be used to look the door when required, using either a key or euro/oval cylinder.

The best application for a sashlock is when a door needs to remain unlocked when in use and to be held in place, but then needs to lock securely when not in use. For example, a home office or garage door. 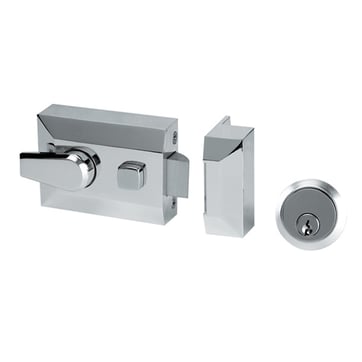 What is a nightlatch?

A nightlatch combines a latch and lock within a single mechanism. These types of devices are commonly known as ‘Yale’ locks.

The latch will automatically engage when the door is pushed/pulled shut, locking the door immediately. To open the door, from outside a key is required and from inside the knob simply needs to be turned. Key cylinders are usually used, but euro cylinders are becoming increasingly popular. 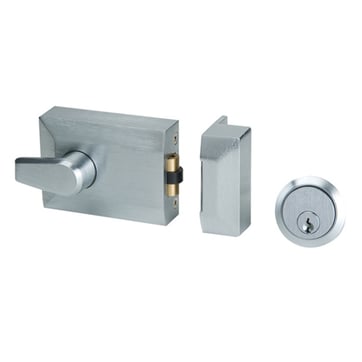 What is a rollerbolt nightlatch?

In contrast, a rollerbolt nightlatch has a spring-loaded rollerball catch, which is designed to simply hold the door in its keep without locking.  The catch is released by pulling or pushing the door and no key is required. The occupant can, however, securely lock the door by either depressing the turn when inside or if outside lock with the key

They are used on the internal front doors of apartments. This enables an occupant in the event of a fire in communal areas to safety retreat to their apartment. 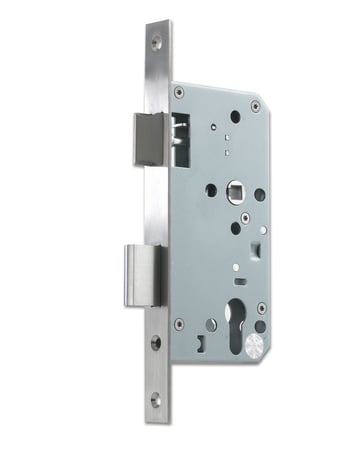 What are DIN latches and locks?

DIN is the German institute for standardization and DIN mortice latches and locks have been rolled out as the European standard. The disability-friendly design has a greater distance between the handle and key/thumbturn which makes them easier to use. DIN products are used in commercial and public buildings so are designed to a robust standard.

Within commercial and public buildings, and occasionally in residential properties, where they are suitable for all door applications where a latch or lock is required.

Other issues to consider when choosing locks and latches:

For some types of locks and latches and their different applications, there will be additional considerations you need to make:

For more advice and information

Denleigh is accredited to international quality standard ISO9001 and our staff are Guild of Architectural Ironmongers (GAI) trained.

For more advice or guidance, please contact our experienced team on 01722 337060 or email us using mail@denleigh.co.uk. 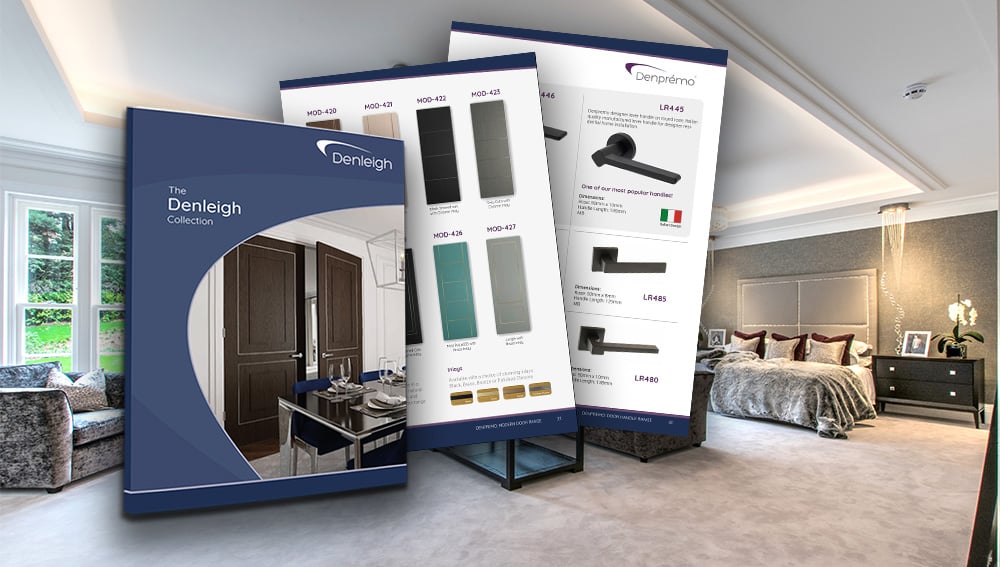 How to source your doors and ironmongery easily 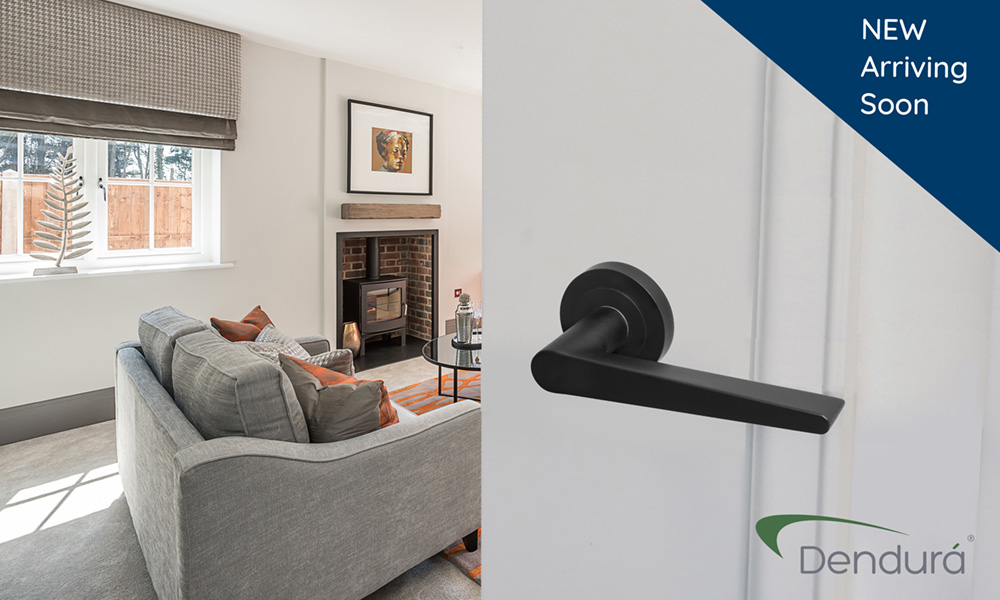 Register for our regular newsletter, for news and promotions. We will not share your personal details with other organisations.